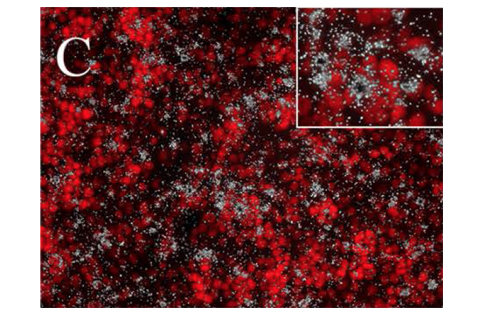 Thyroid hormone binds to nuclear receptors and regulates gene transcription. Here we report that in mice, at around the first day of life, there is a transient surge in hepatocyte type 2 deiodinase (D2) that activates the prohormone thyroxine to the active hormone triiodothyronine, modifying the expression of ∼165 genes involved in broad aspects of hepatocyte function, including lipid metabolism. Hepatocyte-specific D2 inactivation (ALB-D2KO) is followed by a de- lay in neonatal expression of key lipid-related genes and a persistent reduction in peroxisome proliferator activated receptor-γ expression. Notably, the absence of a neonatal D2 peak significantly modifies the baseline and long-term hepatic transcriptional response to a high-fat diet (HFD). Overall, changes in the expression of approximately 400 genes represent the HFD response in control animals toward the synthesis of fatty acids and triglycerides, whereas in ALB-D2KO ani- mals, the response is limited to a very different set of only approx- imately 200 genes associated with reverse cholesterol transport and lipase activity. A whole genome methylation profile coupled to multiple analytical platforms indicate that 10–20% of these differences can be related to the presence of differentially methylated local re- gions mapped to sites of active/suppressed chromatin, thus qualify- ing as epigenetic modifications occurring as a result of neonatal D2 inactivation. The resulting phenotype of the adult ALB-D2KO mouse is dramatic, with greatly reduced susceptibility to diet-induced stea- tosis, hypertriglyceridemia, and obesity.